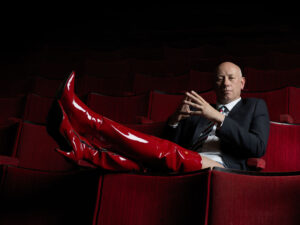 The story Behind the Broadway Hit Musical-

Steve Pateman started in the family shoe business W J Brookes straight from school at the age of 17 where he learnt the trade from his farther, eventually taking over the running of the factory when his farther retired. When a down turn in the shoe industry led Steve to look to new ideas he stumbled into the market of making kinky boots for the transvestites and transgender community. A series of events then led him into a world of new experiences, people and celebrity as well as becoming a television star of the trouble of the top BBC2 programme.

The programme where shaving his legs and learning to walk in six-inch stiletto heels are just two of the things Steve Pateman is doing to save his family business. For four generations the Patemans have been making traditional men’s footwear, but a strong pound and cheap imports have taken away his customers. Now, desperate to survive, he’s convinced his father that he’s found the answer. Making thigh length boots and high heel shoes strong enough for 15 stone men. 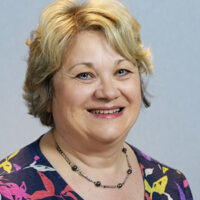 "I joined NWBL because I immediately liked the friendly atmosphere of the group meetings (when we were able to get together in person) and the values of the group – connect, learn, contribute, share – completely echoed our own at NWedR. What I love about NWBL is that there is a genuinely warm welcome from Melanie and members, and although they are all busy business leaders, they always advocate for North Worcestershire and demonstrate their passion for their respective businesses."