Back in the 90s, I spent a year working with street kids in Mexico. The majority of them worked at major road junctions, waiting till the lights went red before approaching the stationary cars. Some washed car windscreens, some entertained by juggling, some sold sweets, others begged (and wore fake casts on their arms for extra sympathy points) whilst others boarded buses to sing songs to the passengers or perform stand-up comedy.

I learned a lot from them and some of those lessons have served me well in business and in life.

The kids who earned the most money were not necessarily the cutest, the most needy, the most sorry looking, or even the youngest … they were simply the kids who had an entertaining act which put a smile on the face of their customers and was different from the rest.

The harsh reality was that the kids who washed windscreens or begged, earned 3 times less than the kids who had a unique act such as juggling with 3+ balls and/or delivering a confident comedy routine to commuters on the bus.

– When it comes to our own businesses, how many of us could be sure that if we stood in a room with our competitors, we would have something to share, which is so brilliant that our competitors would feel compelled to copy us?

– How many of us describe unique selling points, which on reflection are not that unique because our competitors could claim the same things?

My personal favourites I’ve heard over the years include:

“I’m a maverick” (so is Donald Trump)

“We really care about the quality of our print” (that’s nice, but most printers would claim the same thing)

The kids who earned the most money were prepared to take risks.

How much courage do you think it takes, to board a bus full of tired and hot commuters, (most of whom groan when they see you) and then win them over with a solo song followed by a short comedy routine?

The answer is, “quite a bit” … which is why most kids who worked the buses shuffled apologetically onto them and asked the passengers for money – they rarely got it, but those who had the courage to put on an entertaining show, fared much better.

If you want something in life, you have to be prepared to do the things which other people aren’t prepared to do. This may be about how many hours you work, or the actual tasks you have to perform … in most cases, it will certainly involve doing something which makes your guts tremble.

If you would like to join NWBL our annual membership is £99, which comes with a range of benefits. The monthly events will remain FREE of charge for members, and we’ll continue to ask for a voluntary contribution of £5 for our chosen charity. Click here to find out more, including details of our upcoming Workshops. Non-Members will be charged £10 per meeting plus a voluntary contribution to our resident charities.

Membership will also include access to the BizSmart SmartRoom, a valuable resource giving you access to downloadable resources to help you grow your business, along with regular specialist webinars and blogs.

As we enter the second year of WBL, we’ll continue to collaborate with organisations across Worcestershire, continue to raise money for local causes, and continue to grow our membership. We do hope you’ll join us at the next meeting on 21st June 2016, from 10am to 12pm at Hogarths Stone Manor. 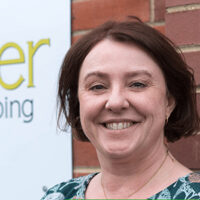