In MediEvil times, convicted traitors were hung, drawn and quartered. It was an agonising way to die, designed to cause maximum pain, prevent an after life for the victim and create a gruesome spectacle for the crowds to watch. Whilst death by PowerPoint may not be quite as gruesome or have as much bearing on your journey into the afterlife, it’s still an agonising experience which many of us have to endure again and again.

Given the vast wave of presentational skills advice from gurus, masters and coaches, why do so many people continue to turn PowerPoint into PowerlessPoint, thus killing their audience when they need them to be alive and engaged.  PowerPoint can be a useful presentational tool, so long as it’s used in moderation, it sits firmly in the background to your presentation, and that you adhere to 4 golden rules.

1) Always present to your audience, never the screen.

We’ve all seen it so many times: presenters who start with the best intentions, but after five minutes, they’ve stopped looking at their audience and become entranced by their own slides. It’s as if an invincible vacuum within the screen has just swallowed them up.

It’s seriously boring to watch someone under the spell of their own slides because they stop moving, they stop varying their tone and any sense of human touch becomes lost as they transform into monotone robots. Whether it’s a presentation to 100 people, or a business meeting in a cafe with a prospect and you’re using your laptop, keep your eyes firmly on your audience and stay in control of PowerPoint. If you’re not strong enough to resists it’s magnetic pull, don’t use it!

How is it possible that there are still PowerPoint presentations in black and white with no images, but plenty of boring text? I hate to break it to you, it’s plain laziness, or a lack of organisational skills, neither of which will be attractive to prospective customers. Use colour, use relevant images, use relevant video footage and DITCH THE TEXT/BULLET POINTS. No one cares about them and no one will remember them.

3) Easy on the formatting

Many moons ago, I was a member of BNI (to the uninitiated – it’s a business networking group) and each week, a member of the group was required to deliver a ten minute presentation about their business, so that the other members would be better informed as to how to refer more business to them. One week, a fellow member was chatting to me over coffee and proudly mentioned that he was really up for his ten minute presentation, partly because he’s a PowerPoint whizz.

Sadly he was such a whizz that he was able to make the text spin and bounce onto the page. As each new slide appeared, the company logo soared into place like a comet and best of all, as each slide changed, it crashed into the next one creating a mini big bang effect on PowerPoint … what a wonderful thing that out of the crashing lines and colors, a new slide was miraculously formed! Who needs god or mother nature when you have PowerPoint?

It took my attention away from the point of his presentation and rather than impress me with his human distinctiveness or how his firm could help solve my pain and/or achieve my aims, he’d instead tried to impress me with his PowerPoint tricks – I never did use his business!

4) PowerPoint = technical risk: ensure you prepare for the worst

If you choose to introduce I.T. into your presentation, you choose to introduce an added element of risk. One of my most stressful presentations came when I delivered a leadership day for 120 NHS senior managers at a top hotel. As part of my resilience work, I started by asking the audience to analyse the footage of post-match interviews with soccer coaches whose teams had just been defeated. The audience seemed really up for it but unfortunately, the sound at the super-duper venue was less keen to play ball. We tried everything and eventually, after 10 minutes of techies coming and going and large amounts of sweat pouring down my forehead, we finally got it working.

I’d been naive and hadn’t planned for what I would do if I was prevented from delivering parts of my material. If you choose to use PowerPoint and add risk to your presentation, know what you would do if the I.T. stopped working. Know how you would re-shape your presentation and how this would affect your learning outcomes, the points you want to convey, the links from one section to the next.

If on the day, it really does go pear-shaped like it did for me, give it a few minutes, then ditch it with purpose and switch to plan B.

If you would like to join NWBL our annual membership is £99, which comes with a range of benefits. The monthly events will remain FREE of charge for members, and we’ll continue to ask for a voluntary contribution of £5 for our chosen charity. Click here to find out more, including details of our upcoming Workshops. Non-Members will be charged £10 per meeting plus a voluntary contribution to our resident charities.

Membership will also include access to the BizSmart SmartRoom, a valuable resource giving you access to downloadable resources to help you grow your business, along with regular specialist webinars and blogs.

As we enter the second year of WBL, we’ll continue to collaborate with organisations across Worcestershire, continue to raise money for local causes, and continue to grow our membership. We do hope you’ll join us at the next meeting on 21st June 2016, from 10am to 12pm at Hogarths Stone Manor. 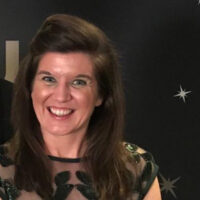 "Hogarths Stone Manor is so proud to host NWBL events, the energy from being part of such an amazing group means that it is always a pleasure to host their events small or large! Personally I have been attending the meetings for about 3 years and I can honestly say friendly and welcoming atmosphere means that I have always felt I belonged and I have felt free to get involved. This has helped me learn and grown in areas I didn’t event consider. It has allowed me to get involved with some great "